ALIBAUG - A STUDY IN DIVERSITY

The Koli fisher folk, the Maratha admiralty, the Hindu agriculturists, the Muslim horticulturists. Siddis of Africa, the Portuguese, the British all lay claim to parts of this region at some time or the other over the last millennia. This amalgam has led to an interesting diversity and confluence of culture in this area. This is manifest in the architectural melange that is visible in the places of worship, the fortifications, the landscape and the residences. Some of the more interesting examples have been listed in the verbal and pictorial essay that ensues. 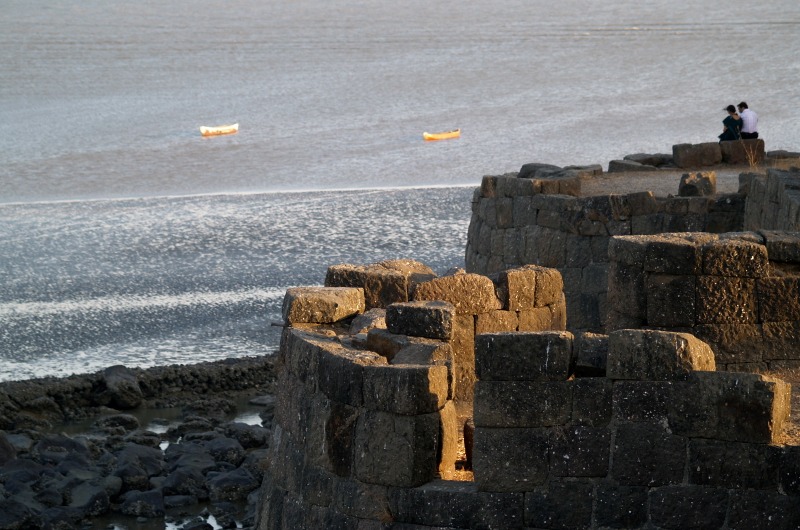 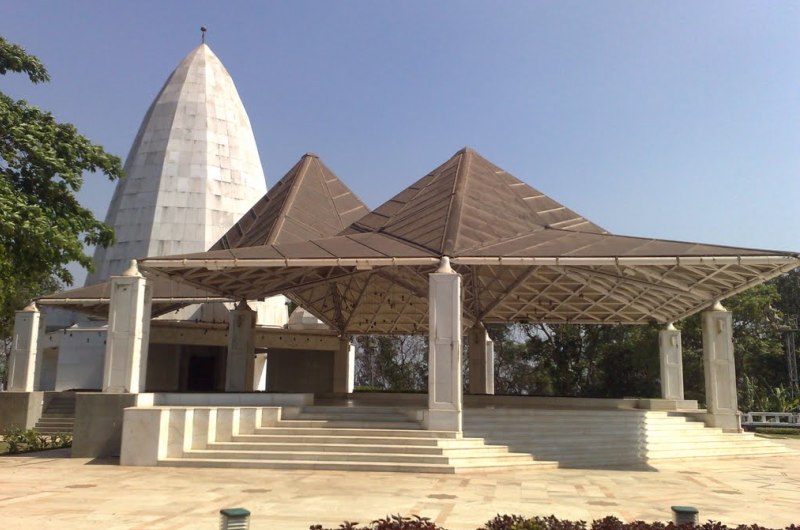 As we approach Mandwa Jetty from the sea to our right we notice the twin islets of Kandheri and Undheri both of which were settled at one time and were more than likely used for some military purpose apart from the normal fishing activities of the residents. Further down the coast off Alibaug City, the capital of Shivaji's admiral Kanoji Angre, lies the sea fortress of Kolaba, which may be accessed on foot at low tide or by rowboat when the tide is up. Next comes the Maratha fortress at Revdanda, with impressively massive walls which encircle parts of the village. Interestingly enough right across the inlet river perched on a hillock the isthmus of Korlai, lies a Portguese fort, ostensibly guarding the same river. Both are worth a visit, although the one at Korlai involves a small trek. Further south, at Janjira, is another charming sea fortress which may be accessed by archaic sailing boats. This fortress was built by the Siddis of Janjira, and has the enviable reputation of never being sacked.

There are several temples in the Alibaug District that claim ancient ancestry, but some of the more noteworthy would have to include the Nageshwar temple in Awas, the Kankeshwar temple accessible from Chondi and involving a stiff climb over rough hewn steps, and the Datta mandir at Chaul. Chaul village is also reputed to have a temple for every day of the year, which may not seem unreasonable when one drives through the neighborhood. Whatever their lineage, most of the temples in the area are fairly uncomplicated with only a few that boast of any architectural complexity.

At village Kihim there is an interesting cemetery whose doorway maps a list of all the Synagogues in the Raigad and Thane districts. Which reveals another little known snippet of history about the Jewish influence on the area. There is a wonderful Synagogue in excellent repair in Alibaug City. Most of the major mosques in the area are south of Alibaug City, where the bulk of the Muslim settlements were concentrated. In fact the Islamic penchant for horticulture is easily visible in the verdant landscape of the land which boasts some of the lushest orchards and plantations in the district. The best and oldest examples of Mosques will be found in the Murud/Janjira area, which has traditionally been a Muslim stronghold. Churches in the area are mainly in the larger townships, with many of them having educational facilities of the highest standards attached. The most intriguing one along the coast being at Korlai, where the populace speaks an unusual variant of the coastal language. Korlai was a Jesuit Portuguese settlement.

We have discussed man made sites worth a visit, but the real reason to be here is to experience nature in all its forms and in all its moods. The lower reaches of the Western Ghats giving way to the sometimes sandy and sometimes craggy coastline, take on different mantles at different times of the year. From being quietly still in the cool winter to raging violently in the dark noisy monsoon, there is a visible beauty at all times. The beach at Kashid is especially lovely although the ones at Awas, Kihim, Varsoli, Nagaon are not too far behind. There are some sections of the countryside that allow for lovely walks and the beach areas of Kihim where the Late Dr. Salim Ali the noted Indian ornithologist once resided will surprise you with its varied bird life. There is also a wildlife sanctuary just past Kashid village, at Phansad, which is home to the Giant Malabar Squirrel along with a number of other indigenous bird species. 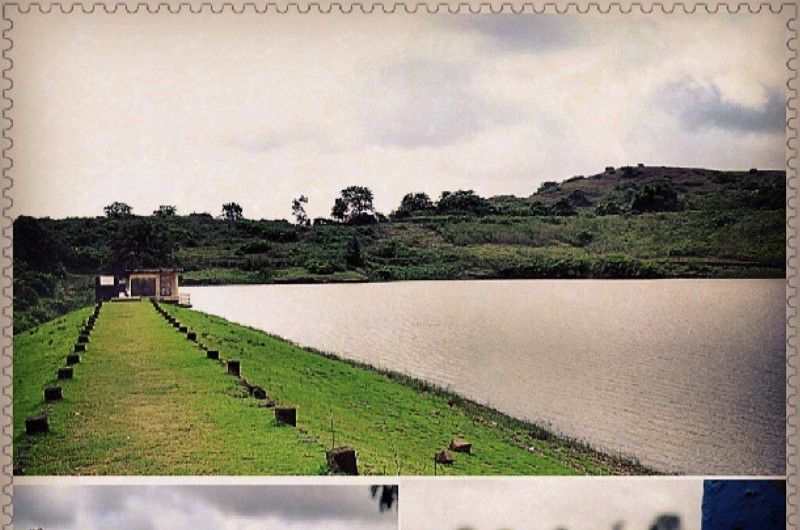